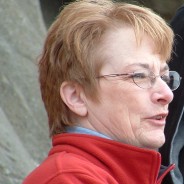 Following the video, producer Electa Tritsch and historian Henry Keutmann will discuss their experiences in making the video.
The video introduces viewers to both railroad history and present challenges of turning a defunct rail line into a 21st century transportation and recreation corridor. It is a lively presentation featuring interviews with local public officials and historians, an animated map and a wealth of historical information and photographs.
Tritsch is a Concord resident who has been a practicing archeologist and historian for 30 years. She says it was fun exploring the trail and said “one of the main challenges was finding the story when you are talking about something that doesn’t exist.” She was a 2014 national award winner from the Alliance for Community Media. She authored the historical novel “Old Wives Tales” and is a member of Concord’s Historical Commission.
The Bruce Freeman Rail Trail, when complete, will be an approximately 25-mile off-road trail from Lowell in the north to Framingham in the south. The first 6.8 miles in Chelmsford and Westford were opened in 2009. Construction is currently underway to extend the trail south another 5 miles through Acton. The next sections through Concord and Sudbury are currently being designed.
The meeting is sponsored by the Friends of BFRT, and all are welcome. Audience members will also be able to ask questions about the status and progress of the rail trail. Light refreshments will be served. 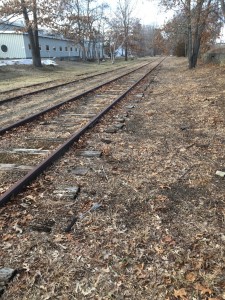 The rail bed in West Concord.