The Friends have lost not only a dedicated member of the Friends’ Board but also a good friend to all of us. Alan was member of the FBFRT Board representing Carlisle since the creation of the Friends group. He represented Carlisle’s “866 feet” of the BFRT with enthusiasm and was The Essential Person for this volunteer role based on his experience in many areas of Carlisle town government and knowing so many citizens in the Town. We, along with Alan, were so proud of his being named Carlisle’s 2017 Most Honored Citizen Award in February of this year. As was said at that time, “Alan was a true icon of Carlisle.” We will miss Alan very much. 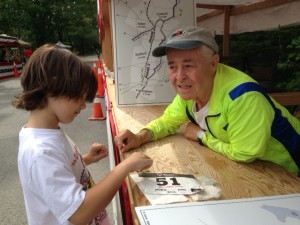 Alan with his grandson at Carlisle Old Home Day. 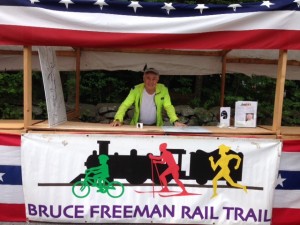 Alan at the Friends booth at Old Home day in Carlisle 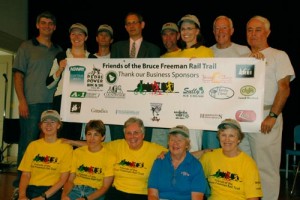 Alan (far right back row) with Friends of Bruce Freeman Rail Trail at the Ribbon Cutting for Phase 1 in Chelmsford.