Support for the Bruce Freeman Rail Trail in Sudbury

(2007) Friends of the BFRT membership rolls contain 641 supporters in Sudbury alone. This map shows the proposed route of the future trail (green) and where its supporters live.

Support for the BFRT is strong throughout Sudbury, including (especially) right along the railroad right-of-way and proposed route for the BFRT. However, this map almost certainly *understates* support for the trail, because it only shows those people who have taken the initiative to join or sign-on as supporter of the Friends of the BFRT, and because it usually (but not always) shows one supporter per household. 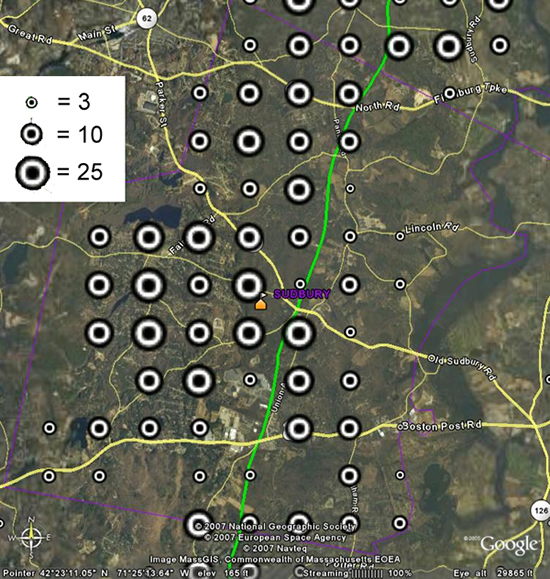