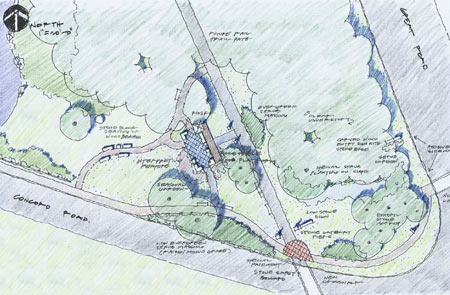 As part of her array of community service, Mary was a member of the East Acton Village Planning Committee (EAVPC), which included the development of East Acton Village Green (EAVG). The EAVG is situated in Acton at the corner of Great Road (Route 2A) to the east, Concord Road to the south, and bordered to the west by the Ice House Pond portion of Nashoba Brook. The EAVG is bisected by the BFRT.

As the original concept plan for the EAVG stated: “The strategy for the Open Space Development at East Acton Village Green is to create an attractive, simple, safe, and easily maintained public open space. This open space will complement the overall future framework for numerous improvements in and around the East Acton Village.” A memorial to Mary at the EAVG seems fitting as it is a nearly perfect confluence of her efforts, interests, and passions. Mary was a resident of East Acton and an active member of the EAVPC. The EAVG is a green community space, it contains part of the BFRT which she loved and used often, and it borders the local waterway (the Ice House Pond portion of Nashoba Brook) which like all local water resources, she promoted the education and sustainable use of, and above all intelligently and fiercely protected. 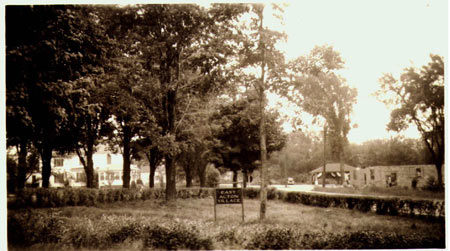 or mail your donation to: